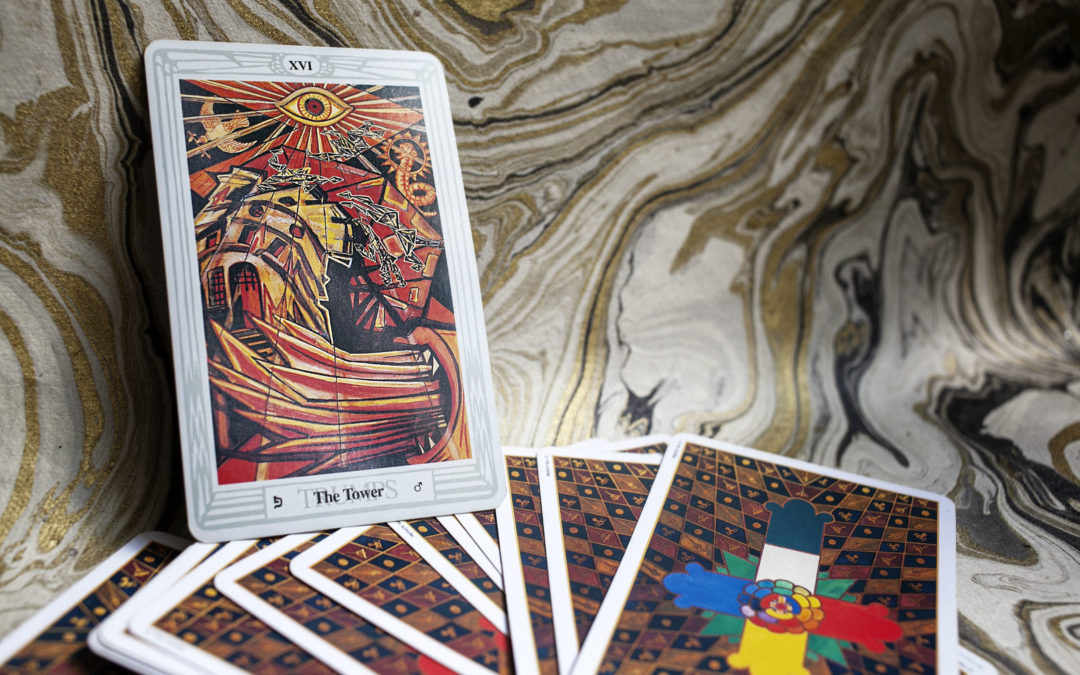 Six months ago, close to the previous eclipses along the Cancer-Capricorn axis, Jasmine and I wedged our way through a shaft of the Great Pyramid at Giza. Tourists wilted on all sides from over-exertion or claustrophobia or heat stroke — it must have been a hundred degrees inside. Jasmine and I had experienced a few underworld journeys by this point in the trip, including a low-key syncopic seizure on my part that necessitated a trip to an airport hospital. By the time we squeezed our way back to the sunlight, salt crusting our foreheads from the sweat, hair dishevelled, eyes blinking out dust, we referred to the pyramid, wryly, as our birth canal.

The first card Jasmine and I drew, when we launched an earlier iteration of our website, was the Tower card. In some ways, it’s haunted us: that terrible tube-mouth, flashing out shards of fire, the tower itself cubist and fragmented, as if viewed from the reflection of a broken mirror. The eye of Horus, the anonymous angular shadows — inhuman in form, but like origami window jumpers. The entire card burning and bloodshot and red.

Whose heart doesn’t sink when they pull this card?

The astrological correspondence for this card is planetary Mars. Mars as fire, initiation, battlefield, destruction. In the sequence of the major arcana, the Tower follows the Devil, who is represented by the sign of Capricorn. Capricorn brings us stability, ninety degree angles (of walls and the roofs over our heads), systems, authority. The Tower card portrays the old system burning — Mars undiscriminating in its fire, with a drive only to level.

The author at Esoteric Meanings describes the Tower as the “glyph for the process of PURIFICATION THROUGH FIRE.” And that’s another way of understanding this Mars. The Hebrew letter assigned to this card is פ (pe), or mouth. But the mouth does not devour from hunger or avarice. Nor is the violence inspired from cruelty — no more than a natural forest fire or earthquake. A tide of destruction follows the tide of reaping as surely as winter follows harvest.

Sometimes, the structures we have leaned on need replacing, and the only way to do so is light a match. It’s uncomfortable. It might be wildly painful, at times. But it’s a re-birthing, too. This card turned out to be a fair representation of our journey so far, culminating (a year after we pulled it) with Jasmine’s study of the Qabalah, and her interpretation of this card as an internal alchemical process — indeed an alchemy of the soul. (For more on this, check out Jasmine’s recent talk at the Fresh Voices in Astrology Summit.)

Religions around the world include a form of ritual purification, whether to initiate the believer into the religion (such as a Christian baptism), or smudging to clear a space, or banishing, or carefully washing the body before prayer. We might think of Mars this way, as the  knife that removes the tumour, or a flame that sterilizes the needle (or our etheric bodies / inner worlds.) In the Book of Thoth, Aleister Crowley compares this card to Shiva the Destroyer, who dances upon the bodies of his devotees. Crowley explains:

Briefly, the doctrine is that the ultimate reality (which is Perfection) is Nothingness. Hence all manifestations, however glorious, however delightful, are stains. To obtain perfection, all existing things must be annihilated.

Sounds extreme, but sometimes complete severance from the past (especially toxic habits, people, influences) is exactly what is required.

The next card in the sequence is the Star, which signals the return of hope, light, wonder and awe. Crowley concludes his chapter on the Star with words from Nuit, the goddess featured on the card, pouring water between two cups:  I give unimaginable joys on earth: certainty, not faith, while in life, upon death; peace unutterable, rest, ecstasy; nor do I demand aught in sacrifice…Sing the rapturous love-song unto me! Burn to me perfumes! Wear to me jewels! Drink to me, for I love you! I love you!  I am the blue-lidded daughter of Sunset; I am the naked brilliance of the voluptuous night-sky.

After all, a tide of sewing follows the tide of destruction once more. 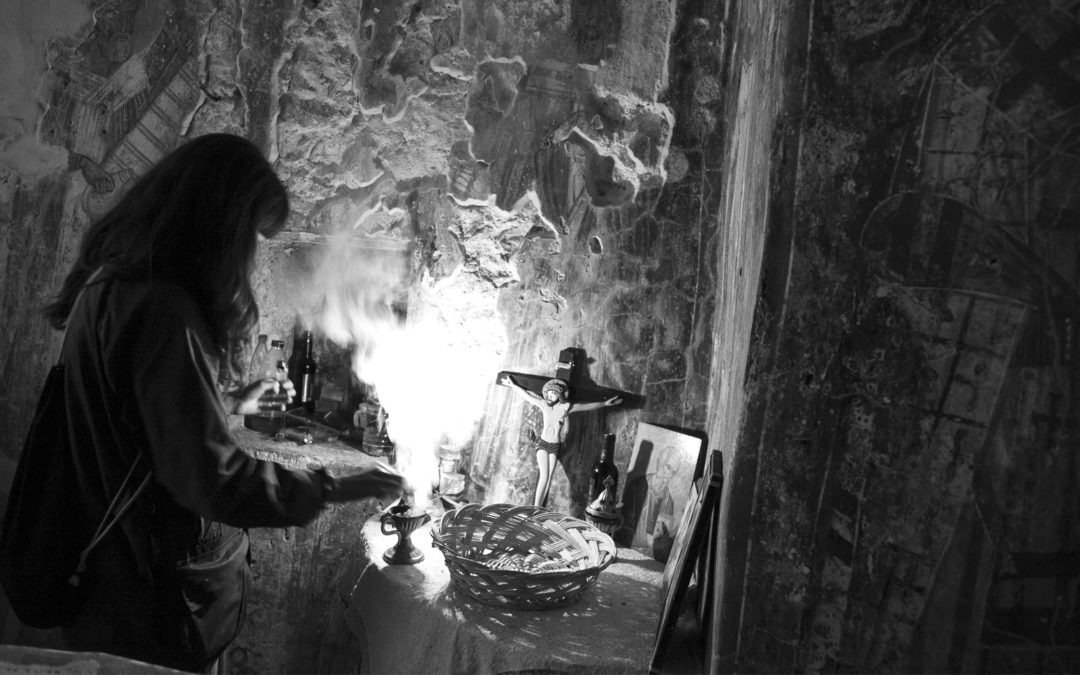