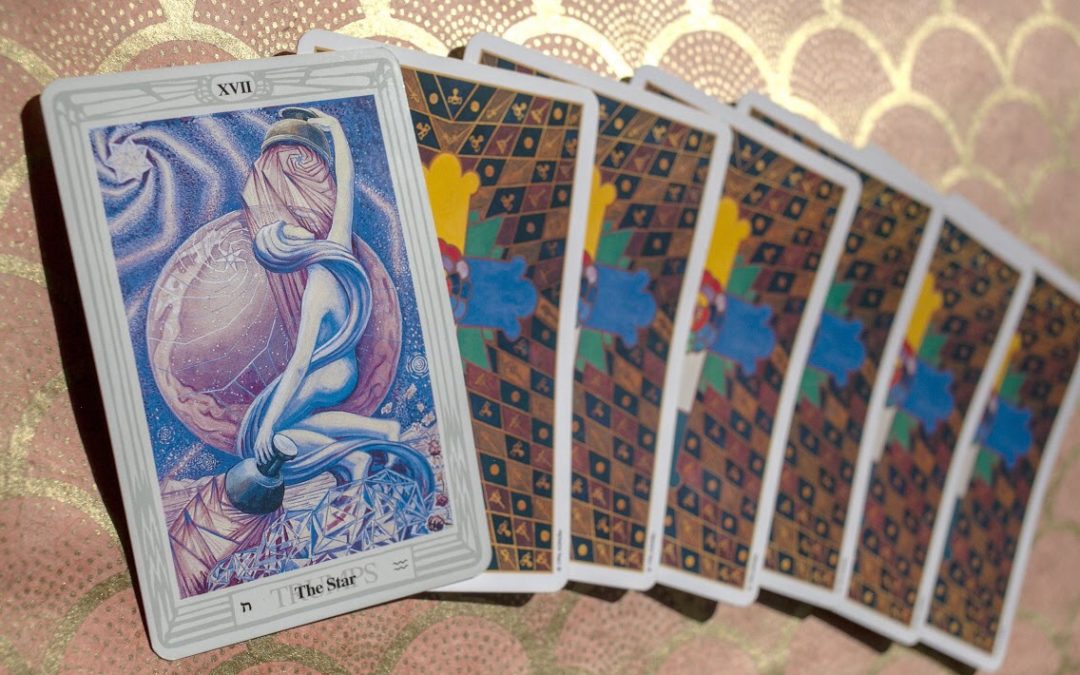 In addition to heh, The Star has been linked to the Hebrew letter tzaddi, which means fish hook. Traditionally, tzaddi has also been assigned to the Emperor, and the two cards appear interchangeable in the Golden Dawn list of correspondences. In The Law is For All, Crowley writes:  I see no harm in revealing the mystery of Tzaddi to ‘the wise’; others will hardly understand my explanations. Tzaddi is the letter of The Emperor, the Trump IV, and He is the Star, the Trump XVII. Aquarius and Aries are therefore counterchanged, revolving on the pivot of Pisces, just as, in the Trumps VIII and XI, Leo and Libra do about Virgo. This last revelation makes our Tarot attributions sublimely, perfectly, flawlessly symmetrical.