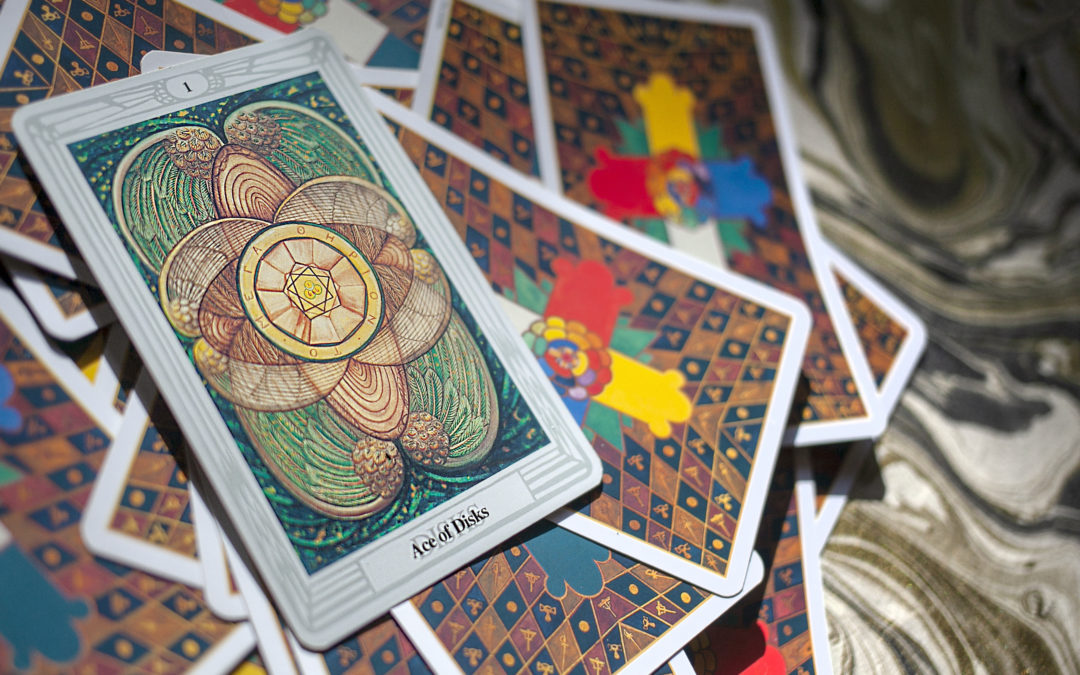 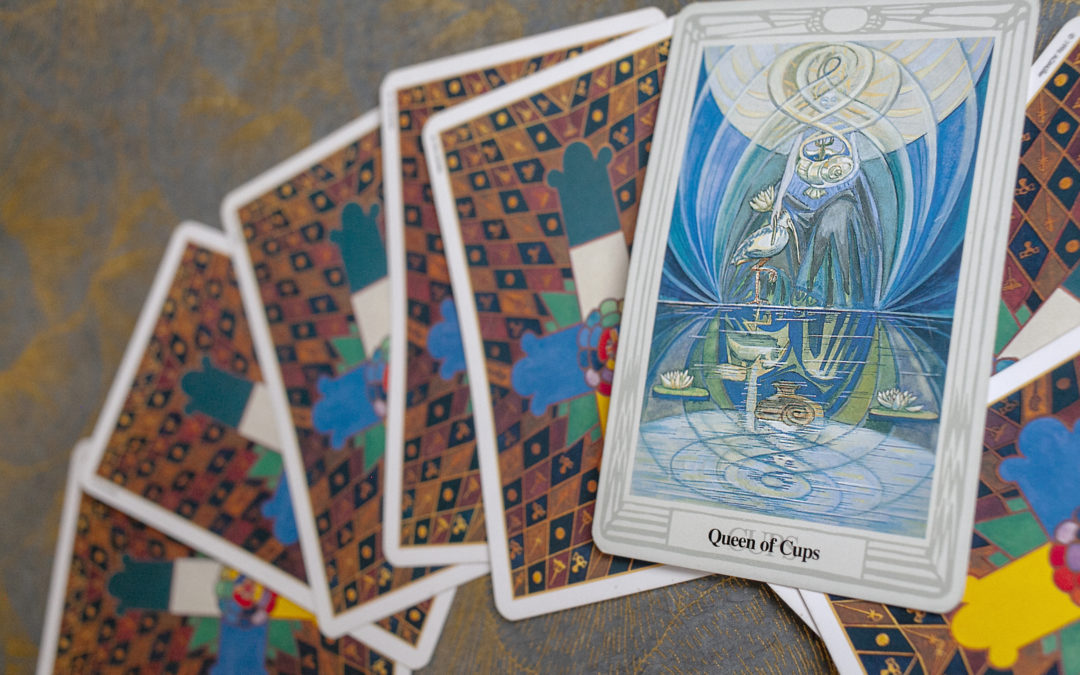 When I first glance at the Queen of Cups, my eyes land on the shell in her palm. Her face is hard to locate: I work back from the reflection, where her eyes gaze plaintively from the water. In her shell, a crayfish stands on end, forming the shape of Neptune’s trident. The Queen holds a lotus with her free hand, which she also drapes over the head of a stork. Two more lotuses glimmer from the pond: possibly representing the twin nature of Gemini.

The Queen of Cups rules the 21st degree of Gemini to the 20th degree of Cancer, according to Crowley’s Book of Thoth. If this looks like the least Gemini card in the deck, Crowley has a riposte:  Instead of assigning the three decans of each sign to one card, the influence begins with the last decan of one Sign and continues to the second decan of the next…The reason for this is that in the realm of the Elements all things are mixed and confused; or, as the apologist might say, counter checked and counter-balanced.

For Crowley, the lotus represented Isis, a divine mother in Egyptian mythology, who helped resuscitate her dead husband, Osiris. Imagine a lotus blossom on the surface of the Nile. The flower represents both the physical world and the entrance to the spirit realm below. To quote the Beautiful Isis blog: the water’s reflection of the petals “suggests the ghostly reflections of either realm when viewed from an alternative or parallel reality.”

I think of people with prominent water or Neptune placements. How they have such ready access to other people and other realms. They are the empaths, the seers, the dreamers. But it’s not always easy to identify what belongs to you and what you’re absorbing from others.

I think of the symbols: how the glyph for Cancer appears like a reflection off water (so too for Gemini, of course.) How the moon doesn’t produce light of her own, but offers the perfect curve in the sky to scoop the sun back to us.

Angeles Arrien describes the Queen of Cups as mastery of emotional integrity. This Queen represents Mother, how we nurture, and the practice of “owning one’s feelings and expressing them without blame or judgment.”

Now that’s not something we’re encouraged to do everyday. Arrien stresses this point. The Queen of Cups does not repress her feelings, nor use them to attack. But she doesn’t apologize for her feelings either.

A Cancer Queen at her finest.